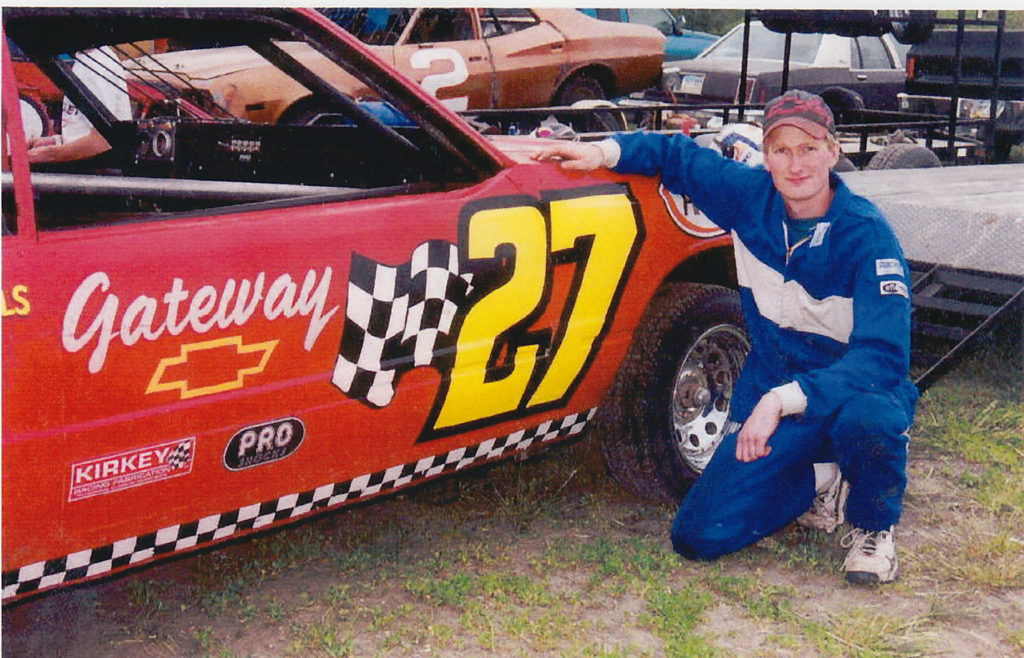 Brent was a farm boy from Argusville, ND who earned reserve champion in hogs for 4-H Achievement Days. He commuted to Oak Grove High School in Fargo in an ’84 Mustang that he paid for with 4-H and farm earnings. A lover of the outdoors and action, Brent hunted the Badlands with special friends and family.

As a little boy with a wrench, he took wheels off toy trucks. When, still a pre-schooler, he removed the truck taillights, his parents knew they had a skilled mechanic. Brent enjoyed all things mechanical and electrical. His love of cars led him to the racetrack. The highlight of his racing career came in May of 2000, when he won his first feature on the first night of racing season that year. His time at the races would not have been complete without his cheering section, especially his niece Bethany who proudly wore a red jacket with number “27 Gangnes Racing”. After each race she would dash to the pits to get hugs from Brent and his fiance, Jennifer, a valuable member of his pit crew.

Brent graduated from Oak Grove High School in 1996. While still in school he began working for Gateway Chevrolet. His boss encouraged his mechanical potential and Brent graduated from Northwest Tech in 1998. He continued to work for Gateway Chevrolet until December 1999. During that time he met and became engaged to Jennifer, his boss’s daughter. They planned to be married in June 2001. After leaving Gateway, and until the time of his death, he worked for United Automotive Tech Center in Fargo.

Brent’s always had ground-in grease on his hands but those same hands were always quick to help family and friends. Before he died, Brent made the decision to be an organ donor. Because of that decision, three people now live who would otherwise have died.